Throughout history, people have had seemingly good ideas that didn’t work out as planned. These were good intentions that resulted in less than stellar results.

For example, imagine that you are tasked with reducing pickpocket rates in an area known for this crime. You have millions of tourists from all over the world visiting your city, making them prime targets.

The key, of course, is to make sure that people are aware they are in a pickpocket area.

As a result, many such areas put up signs like the one below. 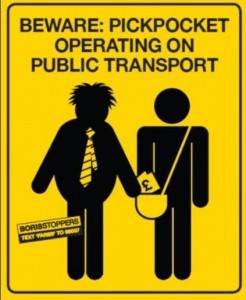 This is a good idea. Right? It is a logical solution. But does it work? It must, because many communities with this issue post similar signs.

But think about it. If you were a tourist in such an area, what would be your natural, subconscious reaction to seeing that sign? If you are a guy like me, you might check your pocket for your wallet to make sure it is still there. What would the pickpockets in the area be doing? They would be watching you to see where you check! Now instead of having to guess where you keep your money, they know, making their job a lot easier.

They were potentially solving the wrong problem. Instead of making people aware that they were (at that moment) in a high crime area, they really wanted to reduce pickpocketing. There are many solutions for this challenge. One simple variation is to let people know before they get to the location that there may be pickpockets, and then give them strategies to combat the crime (such as the ones recommended here in an article about pickpocketing at the Louvre).

Or consider the bicycle industry which has been looking to pass legislation to require helmets.

Again, a seemingly great idea. But according to a recent Wall Street Journal article, it could deleterious results and reduce safety.

Why? Their hypothesis is that these requirements make cycling seem scary and reduce the number of riders. And fewer riders on the road (amongst other factors) actually reduces safety for cyclists.

Consider some of the safest cities, such as Copenhagen. Yes, there are bicycle lanes which helps massively. But due to a large number of cyclists, drivers are more aware, paying closer attention while on the road. It is the infrequency of cyclists which causes automotive drivers to not see them.

Look at the picture below from Copenhagen. Almost no one is wearing a helmet. Yet it is a very safe city to ride. 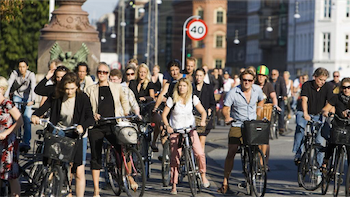 In this case, the idea, implementing mandatory helmet laws, focused on the wrong objective. The goal should be to improve safety. Although a variation of mandatory helmet laws could certainly be part of the solution (I always wear a helmet while cycling), there are many other options to be considered. A different question will always yield a different set of results.

The next time you or your team has a good idea, think twice. Is it really? Go back to the problem you are solving. Is it the right problem? Did you frame the challenge the right way? Then when looking at solutions, be sure to consider unintended consequences. What could go wrong if you implement your solution?

What other examples of good intentions with bad results have you seen? Please share them!