My most recent Inc. article has been popular and  controversial. The premise is that there are no new ideas. (if you haven’t read it, please do so before reading on…) 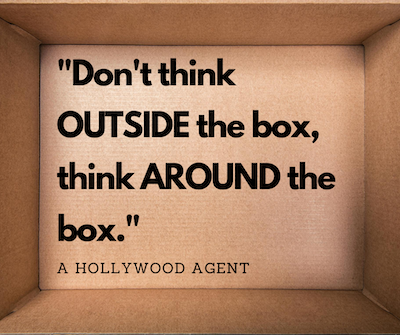 This got me thinking back to when I was pitching a TV show.

His belief was that studios and audiences want shows that are derivatives of previously successful shows.

It is easier to sell a show when it is similar to a past success. Something new is viewed as risky and harder to understand. This is why we see 100 Star Wars spin-offs. It doesn’t mean that something “new” can’t be successful, but quite often there is reused formula in most shows and movies.

Of course, Hollywood is not representative of all innovation! Far from it. But I thought it was an interesting parallel to what I wrote.

Are there new ideas? It depends on the definition of new. Of course, we create things that are new. However, I contend that (nearly) everything is built on past ideas and nothing is completely new.

Regardless, the bottom line of the Inc. article is that we should stop worrying about novelty and instead focus on value.