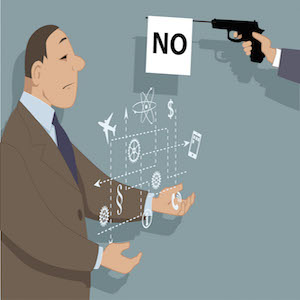 The other day I posted an article about innovation on LinkedIn. I was surprised to find a comment from someone I worked with at Accenture over 15 years ago. To paraphrase, he said…

No offence, but I remember at a meeting in London trying to demonstrate to you how (a specific software platform) could be a technology model for a social network site I designed for (a company) in 2000. I remember you absolutely annihilated me after for wasting your time. I was only a 23 year old hard working Irishman to London at the time with a head full of vision and innovation but zero resources and contacts except you as my manager. I’ve been very suspicious of any talk of innovation since.

My first reaction was, “Wow, I barely remember that conversation. I can’t believe that someone is still so upset so many years later.”

Although this comment was less about a comment on the content and more about a personal gripe with me, I realized that hidden in it were two important points related to innovation.

1) Everyone is subject to confirmation bias. If I did shoot down his idea, it might have been because I was blind to its potential. It might have been an amazing idea and I couldn’t see it. Our past experiences will always taint our view of what is possible in the future. And of course, I am not immune to this phenomenon.

2) Not all ideas are good ideas. People get attached to their ideas and beliefs and then blame everyone else when they don’t get implemented. The commenter too is subject to confirmation bias. If organizations implemented every idea they received, they would all be out of business. From my experience, only a small fraction of ideas are actually worthwhile.

Scott Cook from Intuit sums it up beautifully, “For every one of our failures, we had spreadsheets that looked awesome.” Everyone can justify their position.

Some believe their idea is the next million dollar concept and that everyone should love it and invest in it. But we know that 70% of innovations fail. And in other cases we shoot down an idea because we don’t think it is good. And sometimes this can lead to a different form a failure, as Kodak learned with the digital camera.

The key lesson is to be rigorous with your thinking. Never assume your ideas are good. And at the same time don’t immediately kill an idea that has potential. Experiment. Prove (or disprove) concepts in the real world. And if you are convinced your idea is awesome and you get a “no,” keep trying until you get a yes. Sometimes a “no” really means “not now.”

P.S. The commenter and I had a nice offline conversation and cleared the air about what happened 15 years ago.