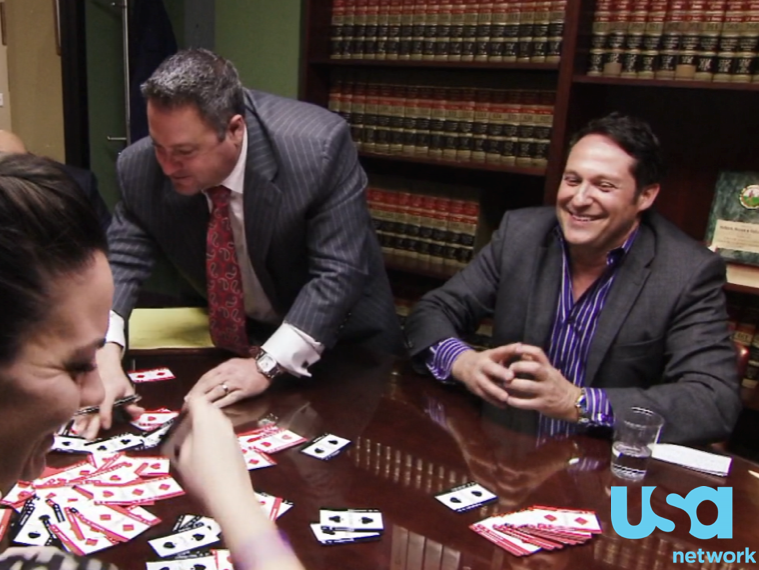 Last week, I made a guest appearance on USA Network’s show, “Partners in Crime.”

In this episode, the law firm’s staff are complaining about Mario and it is decided that an intervention is needed.

I am brought in to hopefully help get things moving in the right direction.

The first step was for Mario to walk in the shoes of his co-workers. He discovered it was a lot more difficult than he ever imagined.

The second step was for us to play a round of Personality Poker. This allowed everyone to share how they see Mario – his strengths and his flaws.

During the shoot we played Personality Poker for 2.5 hours. In the show, this was boiled down to 2.5 minutes.

It was a blast being part of the show.

You can watch the show for free on USA Network’s site (if you are a subscriber via cable/satellite), or you can watch it on iTunes.