If you want to grow your company, you’ve got to learn to let go of any task that doesn’t set you apart from the competition.
*** 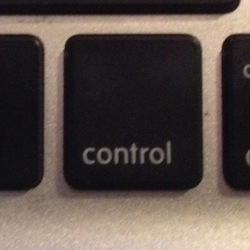 I recently spoke at an event where attendees were mainly small-business owners and solopreneurs. One of the points of my talk addressed the need to “innovate where you differentiate.” In other words, any activity that doesn’t set you apart from the competition is something you should consider delegating or outsourcing.

Unfortunately, for a small-business owner, this means giving up some level of control.

At the conclusion of the event, an attendee approached me and asked, “So how do you get small-business owners to give up control when this is something they typically don’t want to do?”

This was an understandable concern. After all, the reasons to maintain control and avoid delegation are plentiful: There’s not enough time. To do it right, you must do it yourself. You enjoy the task.

To a large extent, the desire for control is driven by ego. Let’s face it; you need a bit of an ego to start your own business–it’s certainly not for the faint of heart.

However, there’s another important issue at play here: the “pain/gain” equation. The concept is simple: People first want to eliminate a pain or prevent a loss before they will be interested in generating any kind of gain.

Think about the last mattress commercial you heard. Most say the same thing: “Buy our XYZ bed, and you’ll get your best night’s sleep ever.” Yawn. Boring. Chances are, the commercial will put you to sleep long before you run out to buy the bed.

Now consider this actual radio advertisement. “If your mattress is 10 years old, it weighs twice its original weight due to the dust mites that accumulate over the years.” Ouch! This simple statement creates a pain, and it makes me want to replace my mattress immediately. Let’s face it, pains, whether real or created, drive action.

Most people think about the opportunity or gain associated with giving up control: increased free time, the flexibility to engage in more meaningful activities and the ability to sleep in. It sounds logical. It sounds desirable. Yet this isn’t enough to motivate them give up control.

Why? Because, on the flip side, there’s the pain or threat associated with giving up control: increased errors, reduced quality and upset clients. If people are wired to minimize pain, it makes sense why entrepreneurs are convinced they’re best served by doing everything themselves.

These questions will help refocus your attention on where it needs to be to create action—on the pain associated with doing everything yourself.

And this technique can be applied to any behavior you may wish to change. By focusing on the cost of not changing it, you’re more likely to take action.

To reframe your view, write down all the costs associated with not giving up control. Create a long list—be creative, but be honest. You have to truly believe in those pains. Keep those pains front and center, and look at them every day. Talk about them with your team. Also discuss how you can minimize the risks associated with delegating work to others.