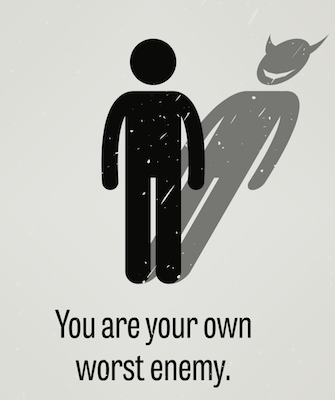 Many advertisements for investment opportunities warn that past success is no guarantee of future results. The reality is much worse than that. Past success may actually lead to future failure.

In the 1960s, Sears accounted for one percent of the U.S.’s gross national product. At that time, one out of every two American households had a Sears credit card. Sears wasn’t just the world’s largest retailer, it was a dominant force in the U.S. economy.

In 1983, Sears was still riding the success train and was over 10 times the size of Walmart. In six short years, things changed. October 1989 ushered in Walmart as the world’s largest retailer, and the rapid decline of Sears continued.

Today, Walmart has revenues over 20 times that of Sears Holdings (which also includes K-Mart). Although Amazon is banging on the door of the retail giant, Walmart still has revenues that are nearly three times that of everything Amazon-related, which goes way beyond just retail.

Sears’s fall from grace is, of course, not unique. Pan American Airways, one of the largest airlines at one point, became extinct in 1991. The largest food provider in the 1960s was Howard Johnson’s restaurants (remember those orange roofs?), yet there is only one left in the country. Kodak invented the digital camera, yet it was that technology that pretty much killed the camera company. Although Circuit City was in the book Good to Great, the electronics company should have been in the book Good to Gone as it, too, is out of business.

The list goes on and on. For each company, the specific circumstances of its demise may be different, but the underlying reason is the same: past success led to future failure.

There are two reasons for this:

Many great companies fail because their leaders believe they are too great to be dethroned. I’ve heard executives say, “Well, that may have happened to Sears, but it won’t happen to us. We are different.”

No, you aren’t. In fact, things are more challenging today than they were back when Sears was the top dog.

Success requires checking your ego at the door. Trust me, around the corner, there is someone who is confident he or she can make you irrelevant. And given past evidence, I would put my money on the new entrant, not the incumbent.

In 2008, Jim Keyes, Blockbuster’s CEO, said, “Neither RedBox nor Netflix are even on the radar screen in terms of competition.” Three years later, Blockbuster declared bankruptcy and two years after that, they were defunct. Of course, now Netflix is now the king of video.

The second reason for this failure is something I call expertise blindness. When you know a topic well, it makes it difficult for you to think differently about it. If you spent the last 30 years in your industry, any ideas you develop for the future are most likely extrapolations of the past. That is, they are incremental changes.

But the world around us is not changing at an incremental pace; it’s evolving at an exponential rate.

Expertise is the enemy of non-incremental innovation.

I find that the fastest way to overcome expertise blindness is by asking: “Who else has solved a similar problem in a different industry?” Anecdotal evidence and numerous studies prove that when people are cut from the same cloth, you only yield incremental improvements. The breakthroughs, in almost every case, are from either connecting to a different discipline, or from multi-disciplinary teams coming together to solve a problem.

Looking externally is critical to staying relevant. Assume that someone will eventually make you irrelevant. Who are the likely and unlikely suspects? Partner with external think tanks, universities, and trend watchers to better understand the shifts taking place from a technological and demographic perspective. Create a corporate radar system that senses and responds to these changes. And look outside your industry or function to see what’s really happening.

For you to succeed in the future, the pace of change inside your organization needs to be faster than the pace outside.