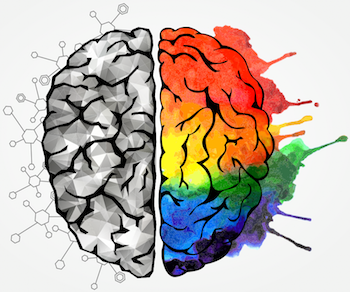 How do you structure your innovation teams? If you are like most companies, you put your most creative people in a room to develop ideas who then hand off those ideas to a team of implementers. But is this always the right structure?

A fascinating study may give us clues to what is most effective. And the answer may not be what you expect.

The managers were then broken into teams to solve a given problem. Each team was composed of two groups: the “designers” who had to work out a solution to the problem, and the “builders” who were charged with making it work. There were three teams, each made up of designers and builders.

Which of these three combinations would you expect to be the most effective?

One thing we know is that different styles, left to their own devices, do not communicate well with one another. Therefore, we can eliminate the second team–the one comprised of heterogeneous groups. In this scenario, as soon as an innovator developed an idea, an adapter would find reasons why it would not work. If men are from Mars and women are from Venus, then innovators are from Iowa (where their slogan is “Fields of Opportunities”) and adapters are from Missouri (the “Show Me” state). Without any support, communication can be a disaster.

But which of the homogenous approaches was more effective?

In order to answer this, you need a bit more information about the design of the experiment itself. Peter Hammerschmidt, the author of the study, told me that “The design environment was very rule-bound (there were seven rules that they needed to follow in completing the task) while the build instructions had virtually no rules at all.” Although we typically associate innovators with design, in this environment, the innovators worked most effectively in the build environment where the rules were undefined while the adapters worked most effectively in the rule-oriented design environment. Given this, team three was the most effective. Peter concluded, “When people were aligned with their preferred environment, they excelled. But when I placed them in a less preferred environment, their success rates dropped significantly.”

When people are put in the wrong environment, they are always less effective. It is not so much the task itself, but the rules we put on those tasks. Intuitively we might want to assign innovators to design tasks while leaving build tasks to the adapters. But as this study showed, it is not the specific task that matters, but rather the structure of the task. Innovators naturally work better in less structured environments while the adapters work best inside a set of rules. Although the idea generation aspects of innovation tend to be less organized, adapters can effectively participate if the roles and rules are changed to provide more structure. Equally, the more structured development phases of innovation can appeal to innovators if some of the rules are relaxed for those individuals.

As Peter Hammerschmidt concluded, “There were two primary factors impacting the success rates: role preference and communicating with others of differing styles. Both groups were equally ‘creative,’ but their styles of creativity were very different.”

Getting the right person in the right role with the right set of rules is fundamental to the success of a team. And it’s critical that people know how they contribute to–and detract from–the innovation process. Adapters can and should participate in idea generation without letting their “yeah, buts” stifle the creative process, while innovators can contribute to implementation without letting “bright shiny objects” derail progress.

P.S. If you want to learn how to create a high-performing innovation team, check out my Personality Poker system. This fun, fast-paced card game will help you quickly your own innovation personality, the composition of your team, and the culture of your organization.