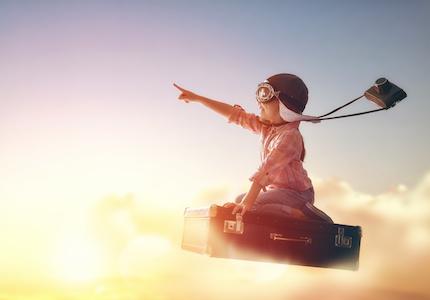 There are two types of games. One kills creativity and the other is for kids…

But what if we could game playing to enhance our businesses? Games can be a useful tool for enhancing creativity. They make work more fun, they reduce stress, and they get people in action.

However, not all games are created equal. There are adult games and kid games.

With adult games, there tend to be rigid rules, the games have an ending, and there are winners and losers.

Think about nearly every adult game we play: Monopoly, poker, or basketball.

They typically have a complex set of rules that all of the players need to adhere to. If you break the rules you “go to jail,” are disqualified, or get penalized.

Adult games end. The game is over when all of the other players are out of money, when the “clock” says there is not more time, or when everyone has had their turn.

And nearly every adult game has a winner and one or more losers. They are competitions.
The world of business is an adult game. Deadlines. Budgets. Failures. Losers.

Contrast this with kid games.

Kids play games with very loose rules, the game continues until they say it ends, and there is no concept of winner/loser.

If you watch kids play, they tend to have very few rules in their games. And if there are rules, they make them up as they go along. They improvise. Even universal rules don’t apply to kids. They can don a cape and fly through the air, defying the laws of gravity.

Rarely is a stopwatch involved when kids play. They play the game until they get tired of playing that game. And then they invent a new game. The only clocks involved with kid games are the watches on the wrists of their parents. The adults end the game when it’s dinner time or bedtime.

And there are no winners or losers. They don’t even have that concept. Yes, they might have battles with imaginary swords or super powers. And there are victims who get hurt or die in the heat of battle. But they come back reinvented as a new character. The play does not end at death.

Kids play for the sake of play and no other reason.

Adult games can limit creativity and innovation. The rules, deadlines, and pressure prevent the flow of new ideas. They create stress.

If you want to enhance creativity, passion, and productivity, I encourage you to play kid games. These timeless, unbounded, and rule-free games can create an environment of free-flowing-thinking. Numerous studies show that 98% of 5-year-old children test as highly creative, yet only 2% of adults do. We don’t lose our creativity; we learn habits which stop it from emerging.

Think about the model for innovation used by most companies. Allocated budgets to projects with deadlines and expected outcomes. Weekly status reports make sure we are on track. This is the way adults play.

But sometimes innovation – especially breakthrough and discontinuous innovation – is not that clean. It’s messy. It’s unpredictable. Deadlines and expected outcomes can, in this environment, prevent game-changing innovation. Freedom is needed. This is why internal incubators are often managed differently than the rest of the business. Different rules. Or maybe no rules. No expectations, other than to make cool things happen eventually.

Of course businesses need deadlines, budgets, and expectation. We don’t want to eliminate the adult games. They serve a purpose. But maybe it is time to recapture our creative youth and start playing more kid games.

P.S. While writing this, I was reminded of a great Twilight Zone Episode called “Kick the Can.” Kids games can revitalize youth. At least according to this tale.

P.P.S. This article is based on one I wrote a decade ago. Some of you may notice that Simon Sinek’s latest book, The Infinite Game, has a similar premise.