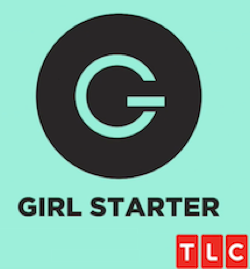 As many of you know, I have been involved with an incredible movement called Girl Starter. The goal is to empower young women to launch their own businesses by giving them the tools and support they need to be successful.

I first got involved during the filming of the television show. Season 1 (6 episodes) aired on TLC between April and June of 2017. It is being rebroadcast on the Discovery Family network.

However, now that the final episode has been aired to the public, I can finally share snippets of the videos with you.

The first episode I appeared on was Episode 2: Plan It. This is the week where the girls developed their initial ideas, launched in Episode 1: Start It, and create their plans. They gathered input from the market (by conducting surveys on the street). And they presented their ideas to the mentors. This week’s mentors were yours truly and Tiffany Pham Founder and CEO of Mogul.

This two minute video contains highlights from some of the feedback sessions. The three teams that are included here are the ones that were eventually eliminated from the competition. Here’s my post-mortem on what happened with some ideas of what you can do in your business…

The show was a brilliant microcosm of what happens in the real world with innovation and business start-ups. The young founders grappled with big issues in a short amount of time, demonstrating their grit and passion, and inspiring audiences around all things start up!

I will be posting more clips with more analysis over time.

Please help support Girl Starter with their mission by sharing this article and telling everyone about the great work they do! Visit www.girlstarter.com to learn about the six steps: Start It, Plan It, Prove It,  Build It, Brand It, Fund It.