Back in 2006, my Goal-Free Living book was published by Wiley, and I was feeling quite proud. Later that same year, after giving a speech in Los Angeles, I drove up to Santa Barbara to attend a conference, arriving just in time for lunch.

While standing in the line for the buffet, I turned around and said hi to the guy next to me.

He told me his name was George. He then asked me what I did.

Given my new book and the success of my speech earlier that day, I said with a bit of swagger, “I’m an author and professional speaker.” I was feeling very good about myself.

He replied nonchalantly, “Oh, I’ve done a bit of television.”

He said it so matter-of-factly, that I assumed he had a small role in television. Maybe he had done a couple of commercials. Or possibly he did some voiceover work; he certainly had the voice for it. Or maybe he once had a “bit” part in a minor show.

He then proceeded to ask me about my book and the work I do, and I gladly shared my life story.

When I sat down at my table to eat, not with George, I looked at the agenda of speakers for the conference.

I was humbled when I realized that the person I was standing next to in the buffet line was speaking later that day. He was none other than George Takei.

At that moment, I realized that truly confident, successful, and impressive individuals do not need to boast. They don’t need to be the center of attention. Instead, they make others feel good about themselves. They ask good questions and are interested in others.

After that embarrassing moment, I have done my best to do what George did with me. Instead of attempting to convince the world of how great I am, I try to bring out the greatness in others. When I am at a conference, I do my best to make others the centers of conversation.

The next time you are with a group, spend more asking questions and listening than talking. Spend more time promoting others than promoting yourself.

As I learned from George, the most powerful people make others feel like a super star.

P.S. I ended up spending about 90 minutes with George. He truly is one of the nicest people I have ever met. He even asked for a copy of my Goal-Free Living book, which I gladly signed and sent. The picture below is what he sent me, to thank me for my book. He is a class act! 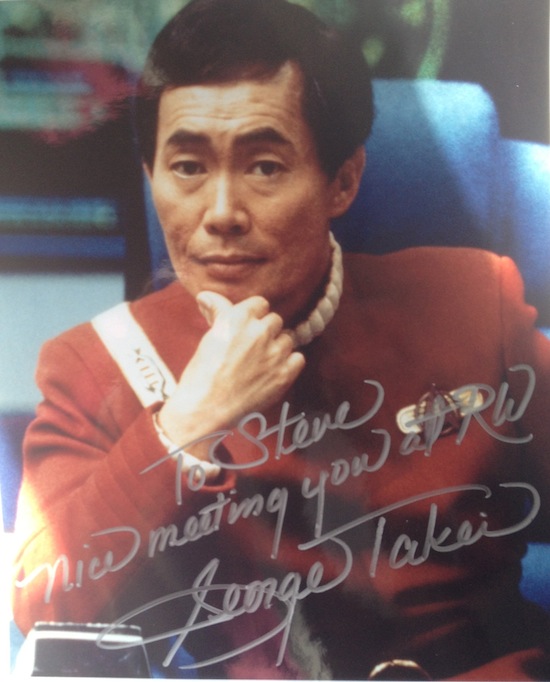