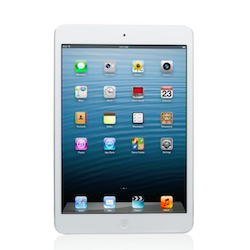 In an earlier post, I wrote about how using SlideShark, AppleTV, a router, and other technologies can allow you to do some very cool things with your presentations. For example, you can present without wires and write directly on the slides.

Unfortunately AppleTV can be flakey and using hotel Wifi is always risky. And SlideShark has serious limitation.

Now I use a completely different, simpler, and safer configuration.

A couple of weeks ago Apple released an update to Keynote for IOS and the Mac. For me this has been a game changer.

I now connect my MacBook Pro directly to the projector and I run Keynote on that machine.

The connection is wireless.

I can still write on the slides on the iPad. I now have a iPad Pro with Apple Pencil which give better writing and an iPad mini which gives more portability. Drawing on the slides is a game changer for me. Trust me, the audience feels as though you are creating the presentation for them in the moment.

PLUS, I can move to any slide in the decks without the audience knowing. If I am running late, I can skip ahead a few slides. If someone asks a question, I can go to that specific slide without fumbling around.

NOTE: I typically bring my own Wifi router as it is faster and works over longer distances than bluetooth. For large events, I put the wifi router in the middle of the room, halfway between the MacBook Pro and the iPad.

This configuration is stable, gives a high quality image on the projector, and I can do everything I did before.

Give it a try. I think you will be blown away at how simple and powerful this configuration is.